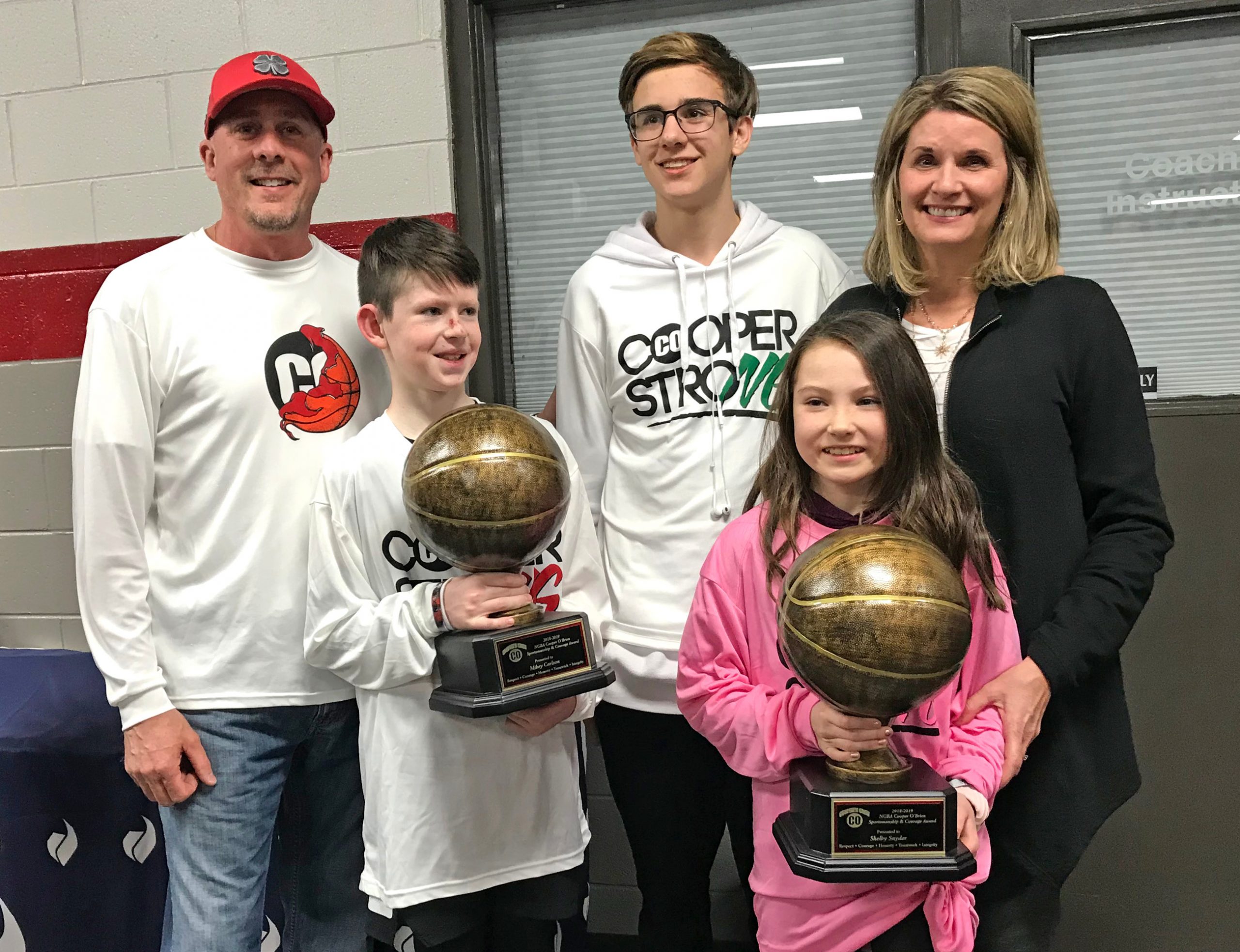 North Gwinnett Middle School (NGMS) students Mikey Carlson and Shelby Snyder received the 2019 Cooper O’Brien Sportsmanship Award, which is awarded to athletes who demonstrate noble characteristics on and off the court. The award honors Cooper O’Brien, who lost his battle to a rare form of cancer called Clear Cell Sarcoma in 2014 after graduating 8th grade at NGMS.

Carlson and Snyder are part of North Gwinnett Basketball Association (NGBA) and according to their coaches, parents, and Kevin O’Brien, both Carlson and Snyder are great teammates and give 100% at practice and games. Snyder is also an NGBA all-star. She plays soccer on a travel team, is on student council, and loves music. She is very compassionate towards others. Mikey Carlson is very passionate and a sports enthusiast. He loves school and being with his friends, has a great heart and is always willing to help others. There are more than 700 student athletes eligible for this award, and according to Kevin O’Brien, “Mikey and Shelby showed the kind of sportsmanship and respect for others, which is what makes them the 2019 Cooper O’Brien Sportsmanship award recipients.”