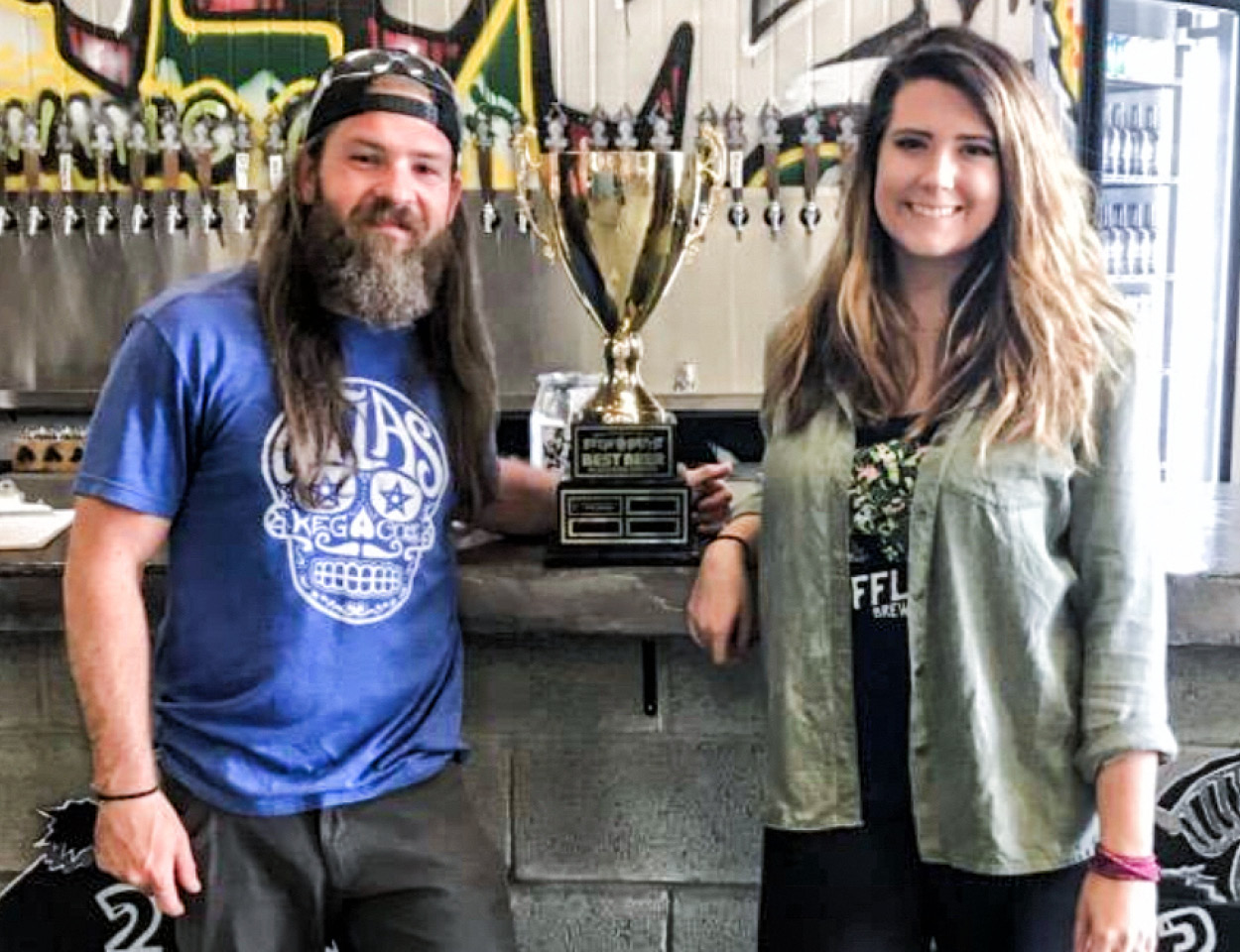 Every year, Suwanee Beer Fest gives the power to the people during the Georgia Brew Battle, in which festival attendees cast their votes for their favorite Georgia brew. On St. Patrick’s Day weekend, more than 30 attending breweries pit their most popular beers against each other to compete for the title of Georgia’s Best Beer. At the end of the day, over 5,000 festival attendees placed their wooden token in their favorite beer jars and festival organizers tallied up the votes. In a close race, Scofflaw Brewing took home the coveted golden trophy for their F*** Cancer IPA. The extremely popular special edition of the Basement IPA comes in an effort to raise money and awareness for cancer research. Scofflaw Brewing will hold the Brew Battle title and display the trophy in the brewery until the 2020 Suwanee Beer Fest.