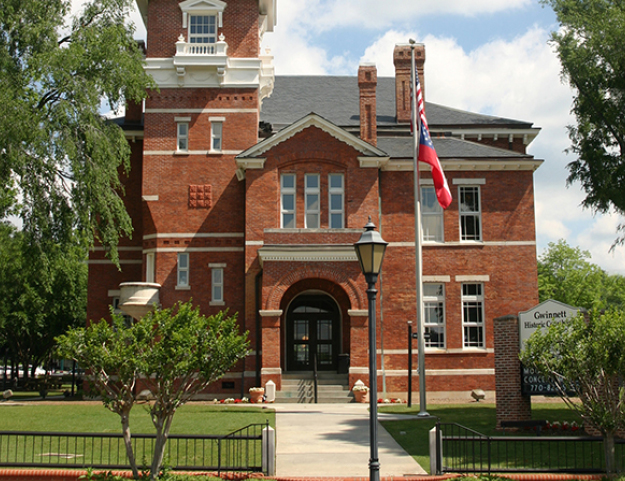 Gwinnett County has come a long way from its humble beginnings as a mostly agrarian community in the 1800s to its current standing as the second- largest county in the state of Georgia. Named after Button Gwinnett, one of Georgia’s three signers of the Declaration of Independence, Gwinnett County was the 50th county to be organized by the state and has grown tremendously since it was founded on December 15, 1818, reaching a population of more than 900,000 in 2016. With that kind of growth, there’s a lot for our community to reflect on.

And 2018 marks another big milestone: Gwinnett County’s bicentennial year. With a fete that huge, celebrations are in order. To mark the occasion, the Gwinnett Historical Society will host a gala on December 15, 2017. “A Frontier Affair: A Prelude to Gwinnett’s Bicentennial” requests that guests come decked out in period attire (1818-1865) to toast to the next 200 years with a silent auction, food and entertainment. The gala will kick off a yearlong schedule of events, with the revelry culminating December 15, 2018, with a celebration of community. For more information about the Frontier Affair gala and other upcoming events celebrating Gwinnett’s bicentennial, as well as how to submit your story about living in Gwinnett, visit gwinnett200.com.