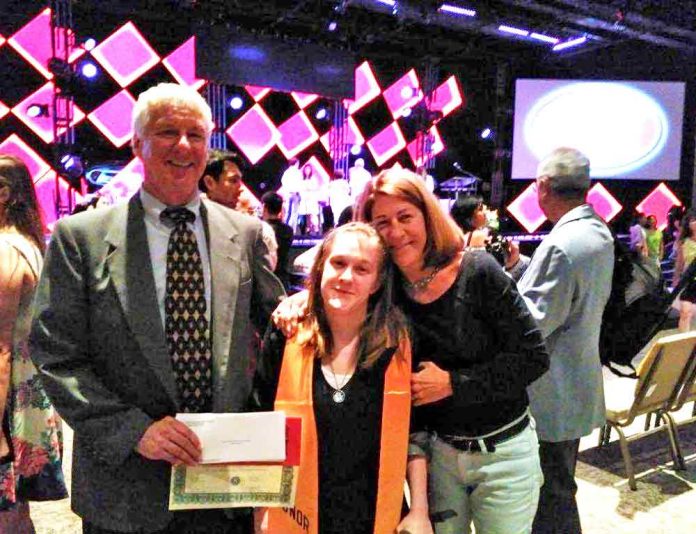 Kevin O’Brien, father of Cooper O’Brien, along with his wife Donna, and son Parker, presented scholarships to this year’s recipients of the Cooper O’Brien Scholarship Award. This memorial scholarship award is funded by Cooper’s Crew Fund (501(c)), which was established in honor of Cooper who succumbed to Clear Cell Sarcoma on July 5, 2014, at the age of 14. The five members of the scholarship committee meet with each applicant to get to know them on a personal level to aid in the decision process and Kevin took this opportunity to highlight their special qualities during his presentation of the scholarships. This year the fund was honored to present three $2,500 scholarships due in part to successful fundraising efforts including celebrating Cooper’s birthday at Fabrik in Suwanee, a golf tournament held at the River Club in the Fall, Suwanee Pizza Tavern’s Pizza and Brews with Cooper’s Crew, and Cooper’s Crew Fund being the recipient of a portion of the proceeds from Suwanee Beer Fest held in March.