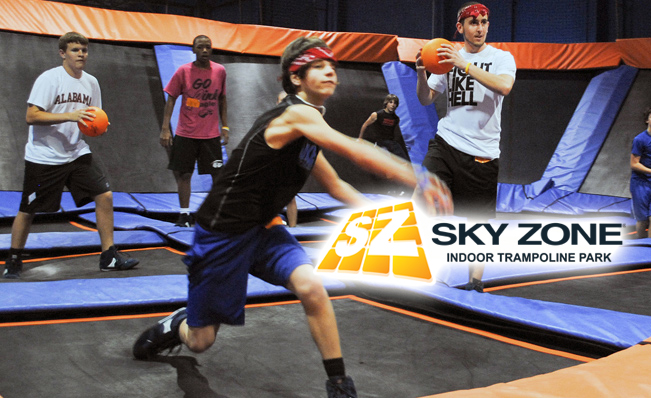 Move over skate parks, water parks and the like, and say hello to the newest thing in the fun and amusement business…Trampoline Parks. And Suwanee is home to Sky Zone, a new trampoline park.

Jeff Cole, owner of the Suwanee location, moved to the city from California where the trampoline parks are very popular. Cole said when he was looking for a place to move and open the park he found the Suwanee and surrounding area where the demographics are perfect. But that wasn’t all that drew the business owner to Gwinnett.

“What I thought was incredible about Gwinnett was the amount of kids that are in sports here, and the parent’s involvement,” Cole said.

He opened the park on Dec. 17 when the area kids were out of school for the holidays, and he said everything went smoothly. So far, Cole said the reception in Suwanee has been exciting. “It has been incredible as far as how it has been received, even beyond expectations,” he said.

The trampoline park is not just your backyard trampoline. The large facility houses wall-to-wall trampolines giving what Cole calls a “3-D effect.” He said 3-D dodge ball is one of the most popular events at the park. Cole plans to start Sunday night dodge ball tournaments soon. “Dodge ball itself is fun, but when you put it on the trampoline and people are bouncing off the wall, it adds a whole different level to it,” he said. “It’s fun to watch too.”

Each jumper must have a signed waiver. For children younger than 18, the waiver must be signed by a legal guardian. As with any sport, safety is the number one concern. Court monitors, like lifeguards at a swimming pool, are on hand to facilitate games and to make sure everyone is safe and doesn’t jump beyond their ability.

With childhood obesity on the minds of many parents, perhaps Sky Zone is a good way to get children up and moving. Jumping is a good way to exercise and Cole said one could burn up to as much as 1,000 calories per hour jumping. The park also holds SkyRobics, organized fitness classes, which offers a low-impact aerobic workout.

“The main thing is, it’s so much fun you don’t think this is exercise,” he said. “That’s what kids want. You get the benefits of a great workout. It’s really a great thing.”

While kids love jumping, keep in mind the park is not just for kids. Cole said you just have to be brave. “The beauty of our business is that it really attracts kids of all ages, adults too. If they are brave enough to get out there,” Cole said. “It’s a lot of fun.”

Check the park’s website for events, to schedule a party, information on summer camps and more.