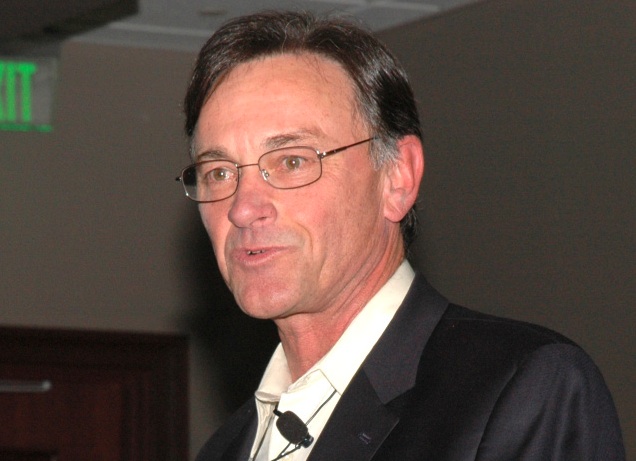 Suwanee’s new mayor addressed residents and business professionals at the State of the City Address held by the Suwanee Business Alliance on Jan. 11 at Suwanee City Hall. Jimmy Burnette, a Suwanee native, shared personal sentiment of his early years growing up in the city.

He said for teenagers living in Suwanee in the 1960s, they went to Buford to hang out at the Dairy Queen, drove around on Main Street and if you had a date and wanted to get something to eat, the Suwanee Grill, located where Dillard’s BBQ is located today, was the place to go.

“We were in the country,” he said.

When he left to go to college at Georgia Southern, he knew he would come home to Suwanee. But after graduation, he said there were no jobs or homes in Suwanee. It took four years before Burnette and his wife, Caron, were able to move back to the city he loves.

“My goal is to ensure that our community is a place where our kids want to return and can return to raise their families,” he said speaking about his goal in his new leadership role in the Suwanee of today.

Burnette cited several major turning points for the city, most recently, the 2001 open space bond referendum that has propelled Suwanee to be the community it is today.
He said the parks have added to the resident’s quality of life and has contributed to the city’s hometown feel.

The Public Art Initiative is another area that Suwanee takes pride in, an initiative that enriches the lives of its residents.

The success of the Suwanee SculpTour, which has received several awards and accolades, is indicative of the impact it has had on the community.

And from a financial aspect, the fact that Suwanee has maintained a high bond rating and has been able to maintain or decrease tax rates, even in light of unfavorable economic conditions has also been an indicator of the city’s positive progress.

During his address, Burnette also highlighted the changes that have taken place in the city over the years – from the location of Suwanee City Hall to changes in the role of Suwanee City Council Members. He also spoke of the hard work and dedication of the city’s staff.

But he said there’s still work to be done. Work will continue on the 20/20 Vision Strategic Plan and the Suwanee Gateway has been a focus for several years, and city officials plan to continue their focus on those areas.

Burnette described the reconstruction of Buford Highway as “exciting and impactful,” as city staff and officials have worked to keep Buford Highway a two lane road to maintain its rural and historic feel enhancing the Town Center area.

The police substation, the sale of Pierce’s Corner and reconstruction of Buford Highway all offer positive ways for continued improvement for the city and its residents.
Burnette recalled recent survey results indicating that 98 percent of residents found Suwanee an excellent place to live, and he said his goal is to keep the satisfaction rate high for people living in the community.