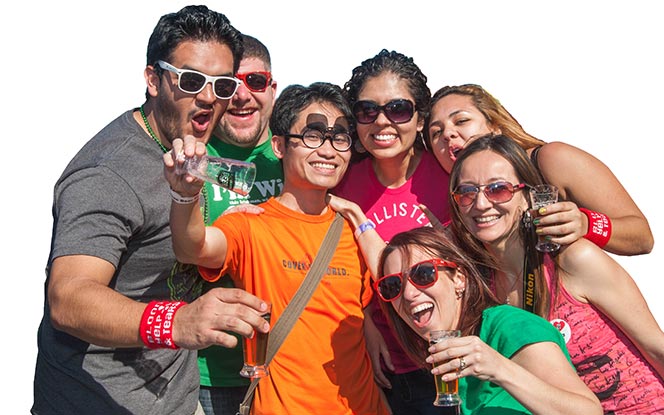 What to expect at the 2014 Suwanee American Craft Beer Fest

Brought to you by The Fresh Market, one of the South’s biggest and best craft beer festivals, once again, returns to Suwanee, Georgia. The 4th Annual 2014 Suwanee American Craft Beer Festival will take place on Saturday, March 15th in the beautiful and spacious Suwanee Town Center Park, from 1 – 5pm, with VIP gates opening at noon.

The Suwanee Beer Fest has grown in size and popularity each year, and 2014 is said to be the biggest and best festival to date. Tickets went on sale Friday, February 7th with VIP selling out in less than 15 minutes. General Admission tickets are expected to sell out before the event and can be purchased for $35 at suwaneebeerfest.com. Tickets are also available for purchase at several sponsor locations, including: Beverage Superstore 1 & 2, Mellow Mushroom, The Beer Growler and Brew Depot.

With over 300 beers to taste, the Suwanee Beer Fest organizers understand the importance of safe driving; which is why Schiavone Law, the Designated Driver sponsor, gave the first 100 DD tickets for free. DD tickets include access to the festival (without beer tasting), live entertainment, food and a complimentary bottle of water. Local hotel, Suwanee Comfort Inn & Suites has also partnered with the  Beer Fest to offer discounted room rates and a shuttle service to and from the Park. Attendees simply need to mention that they’re going to Suwanee Beer Fest when booking to obtain the discounted rate.

Back by popular demand, for a third year in a row, is Chicago’s Fulkinetic! On vocals and bass we’ve got Phil Veugeler, on the drums and keyboard is Eric Yoder and on guitar is the king of funk – Doctor Rufus! After three years of seeing Doctor Rufus in his infamous red suit, we just had to ask for the story. And here it is, as told by them:

“In Chicago, there’s a street called Maxwell Street. Not completely esoteric, but not too well known. Long ago, it was a thriving marketplace, like a street boutique. All kinds of people selling all kinds of stuff, goods and services, foods and experiences. Had a mystique about the place, it was pure Chicago — the authenticity was so thick you could frost a cake with it. Well, there’s a school nearby… the University of Illinois at Chicago, and they acquire the property, progress happens, now the shops and shopkeeps are out, and blocks of student housing are in. Maxwell Street as we knew it was gone, and, of great personal importance, Rufus’ suit guy was out of business. This was where Rufus got all his suits custom tailored. The style is unmistakeable and irreplaceable! So right as Maxwell Street is disappearing, and before this cat went ghost, he makes Rufus the red suit, and his suit maker said, “Rufus, when you wear this suit, you’re wearing Maxwell Street. You’re representing an idea, something many people have held dear for so long. I don’t want to pressure you, son, but it’s your responsibility to keep this legend in the hearts of people. It’s brightness and sharpness will attract much attention at all times, but you can handle it. Use it to spread goodwill always.” And, now, Rufus is holding up his end of the bargain!”

Look for Fulkinetic, Rufus and the infamous red suit at the 4th Annual Suwanee Beer Fest as they come back in true rock n’ roll style to headline the Suwanee stage!

To continue with the last three years’ tradition, the 2014 Suwanee American Craft Beer Fest will donate a portion of all proceeds to Kingdom Kids, a Gwinnett & Forsyth County nonprofit organization that grants wishes to children with life-threatening illnesses. Drinking beer for a good cause….yes please!