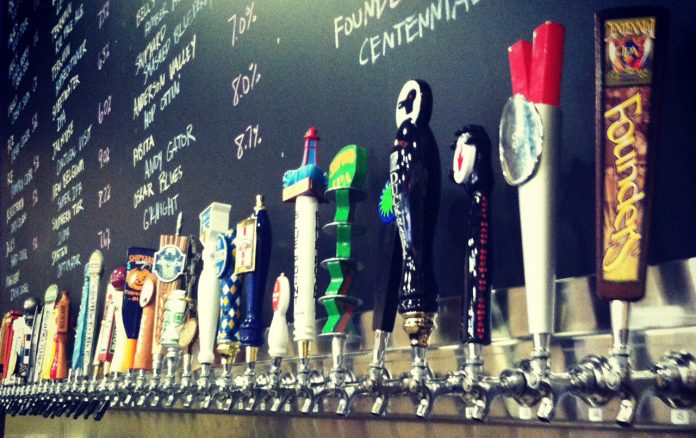 BY: Curtis Stockwell OF THE BEER GROWLER

Fall is around the corner which means pumpkin beers are about to be upon us. Over the last few years pumpkin beers have grown in popularity and more breweries have thrown their creations into the mix. Pumpkin beers are a great marker the season and often provide a broad spectrum of flavors that are not too common throughout the rest of the year. The following are some of my favorites and hopefully after reading this you will give a few a try and agree!

Let’s start with two offerings from the Shipyard Brewing Company: Pumpkinhead and Smashed Pumpkin. Pumpkinhead is a wheat beer and comes in at 4.7%. This has the most subtle pumpkin flavor of the beers on my list and is a personal favorite of mine for its drinkability. It is somewhat malty with hints of pumpkin spice. The bigger brother to Pumpkinhead would be Smashed Pumpkin; In my opinion this beer falls into the more traditional realm of pumpkin beers. Usually with more flavor comes more alcohol and this beer follows suit with an ABV of 9%! It has a great spice balance with sweetness up front and a touch of toasted malt on the back end. To sum these two up…I would say the Pumpkinhead would be best before a big dinner and the Smashed Pumpkin can easily take the place of dessert.

My next two favorites can be considered more middle of the road pumpkin beers, not too heavy or high in alcohol but bringing tons of flavor and really embracing the style. New Holland Ichabod has a smooth medium body and comes in at 5.5%. This one brings a nice balance of malted barley, real pumpkin, cinnamon, and nutmeg. In my opinion, the cinnamon and nutmeg tend to be a little more pronounced than the pumpkin flavor which provides for a very drinkable experience. Dogfish Head Punkin is slightly more full bodied than the latter and comes with smooth hints of brown sugar and caramel. This beer comes in at 7% but drinks a little lighter in my opinion. I tend to gravitate toward the Punkin over the Ichabod because of the mouthfeel, and I happen to like the way the brown sugar and caramel flavors mingle with those of the pumpkin.

Terrapin Pumpkinfest is a pumpkin-flavored ale that actually isn’t an ale at all. This is a traditional Octoberfest (lager) that is brewed with over a pound of pumpkin per barrel! If you have read any of my previous articles you have probably caught on to my affinity for Terrapin and as with most of their beers, I love it! It has a great spice profile, nice pumpkin flavor and a clean finish which is quite refreshing for this style; I look forward to it every year.

Weyerbacher Imperial Pumpkin Ale is the pumpkin ale that really tied the room together for me on pumpkin beers. I recall the first time ever having this beer a few years ago and it has kept me coming back each fall. As with the Punkin, this has nice notes of caramel but with it comes hints of spice and clove at the beginning and hints of nutmeg at the end which I think really sets it off. With an 8% ABV this is a nice sipper that also provides a nice aromatic experience with each mouthful.

Lastly we have the Southern Tier Pumking, this is one of those that you either love or hate. It has a large cult following who will travel far and wide for its tasty offerings. This beer comes closest to actually enjoying a slice of pumpkin pie in beer form. It smooth, malty, and a has a buttery mouthfeel accompanied by notes of cinnamon, nutmeg, vanilla, brown sugar, and of course pumpkins. This is a beer that I have enjoyed every Thanksgiving. Unfortunately, it comes out very early in the season and if you too would like to enjoy this on Thanksgiving I would suggest hiding a few bottles (or growlers) away until then!

As I end every article…I urge you to give these beers a try yourself. You may find that you happen to like the beers I have just written about, or you may think that I am completely off my rocker, but this is something you have to discover yourself! Cheers and good luck on your pumpkin beer adventures!