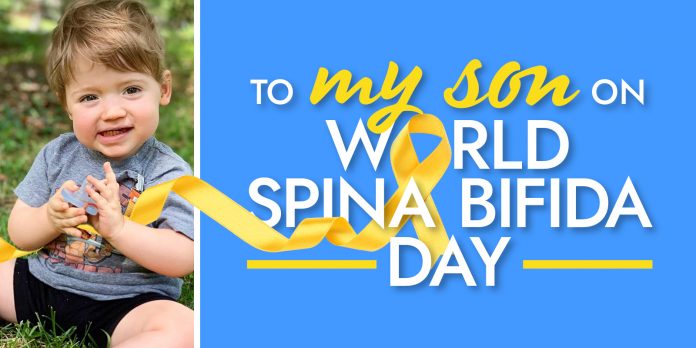 “God never gives you more than you can handle.”

But what if He does?

In April 2018, I was 21 weeks pregnant with my second child. My husband and I went to the anatomy scan eager to find out if we were having a boy or a girl. We were excited. We were happy. We had planned for this second baby. We had planned for a sibling for our little girl — a best friend forever. A confidant. A partner in crime. A shoulder to cry on. Big sister was equally excited. Naturally, she wanted a baby sister.

Our anatomy scan, at the time, felt pretty routine. We went over the basics and no concerns were brought up. We waited with anticipation until we finally heard the news: We were having a baby boy! A baby brother for big sister. She was still just as excited.

After the scan we went back to see the doctor and that’s when our world turned upside-down. The tech had noted one concern: the shape of my son’s head. Our doctor said the scan was inconclusive — in some positions it appeared “normal,” in others it was in the shape of a lemon. At the time, I had no idea about the “lemon sign” — a telltale sign for Spina Bifida.

The next week was a whirlwind of scans and tests. A more in-depth ultrasound with a Maternal Fetal Medicine doctor. An amniocentesis. Blood tests. An MRI. My son’s Spina Bifida was difficult to diagnose because it didn’t appear in the typical way. My son did not have a sack protruding from the defect in his spine — it was just a big open hole; his spinal cord was open and unprotected. We were devastated. 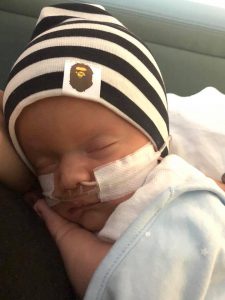 Without going through all of the details, within about a week my husband and I boarded a plane to Houston. We were headed to Memorial Hermann Children’s Hospital to be evaluated by a team of fetal surgeons. Memorial Hermann is one of a handful of hospitals in the country that perform in-utero surgery for Spina Bifida. We had to say goodbye to our daughter, only 3 at the time, and we didn’t know when we were coming back. We were devastated… again.

Writing this is very difficult for me. Reliving that time brings up a lot of the raw emotions I felt — fear, anger, guilt, confusion, sadness. Spina Bifida appears in less than 1% of pregnancies, yet here we were living it. I prayed and prayed and prayed for a miracle. At the time I was so blinded by fear and sadness, I was unable to see the miracle unfolding right in front of me.

When we found out that we would be flying to Houston to see if we qualified for fetal surgery, we didn’t have a lot of savings in the bank. We had no idea how we would pay for airfare, where we would stay, how we would afford the things we would need while we were away. At the time, none of it seemed possible, but yet we had a fierce desire to do something, anything that we could to give our son the best life possible.

Looking back it’s hard to explain in words the generosity that we received while we were at our lowest point. When you receive a diagnosis like this for your child, it feels like your world is ending. Up until that point the doctors had painted a pretty grim picture for our son’s life, focusing mostly on worst case scenarios and what our son wouldn’t do, which only added to our despair. He wouldn’t have movement below his waist. He would likely have severe brain damage. I’m pretty sure the word “vegetable” was thrown around. He would be a burden to our family. “Is that the life you want for your child?”

All I knew at the time was he that had a name. His name was Heath, and he was my son. I would do everything possible to give him the best life — fetal surgery or not.

After arriving in Houston we underwent another week of tests — more ultrasounds, another MRI, genetic testing, bloodwork, and a meeting with a social worker to ensure we had the support we needed to undergo something like this. There are many potential risks and complications for both the baby and the mother with this type of surgery. Heath could be born prematurely (potentially even during surgery) and not only face complications due to his Spina Bifida (hydrocephalus and chiari malformation type II, among others), but also face additional complications due to prematurity. My uterus could rupture, which could be life-threatening for both Heath and myself. I would be on bed rest for the remainder of the pregnancy. I would have to take a leave from work. I could potentially remain in Houston until our scheduled c-section at 37 weeks (if he didn’t come sooner) and possibly for weeks after he was born — all of which would be away from big sister.

“Are you sure you want to do this?” 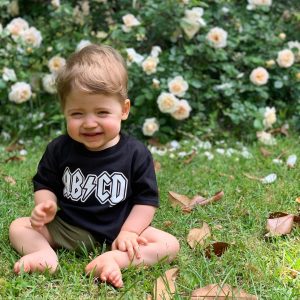 My surgery was scheduled for May 1, 2018. On that day, Heath and I were wheeled into a bright operating room, surrounded by a brilliant team of doctors and nurses — an MFM doctor, a neonatal doctor, a neurosurgeon and more. I was 25 weeks pregnant.

That day they operated on Heath’s tiny body. They corrected the defect in his spine and placed him back inside my womb.

We stayed in Houston a total of a month before we were permitted to return home where I would continue to receive care from doctors in Atlanta. This included weekly ultrasounds to monitor Heath and myself. Thankfully, we made it to our scheduled c-section. He was born on July 23, 2018. He was beautiful.

So, to my Heath on World Spina Bifida Day this is what I would like for you to know.

Yes, when we found out about your diagnosis, we were devastated. But that devastation stemmed from fear. All a parent wants for their child is the best life that we can give to them, and in that moment I felt as though I had failed you. I was scared about all that you wouldn’t be able to do. Now I know how incredibly wrong I was, because you can do so much. Sure, my heart still aches for any of the difficulties you may face in this world, but this experience has taught me what truly matters. It sounds cliche, but it’s true.

When we received your diagnosis and boarded that plane to Houston, we did so not only as a giant leap of faith, but also on the shoulders of so many people who loved and supported us — who loved and supported you. Our family, friends, co-workers and even strangers rallied around us. They helped us get plane tickets. They navigated us through the airport and made sure we got on the plane safely. They worked together to help fund our lodging and expenses while we were in Houston. They made all of this possible.

You see, Heath, you were so very loved before you were even born.

And when you were born and we locked eyes  — even for that brief moment before they whisked you away — I’ve never felt so much love and relief fill a room. All the worries I had were gone for that moment. You were perfect.

I won’t lie, the last couple years have been a rollercoaster. You’ve endured more than what will ever feel fair. You have to work harder to achieve small feats, but you are working your way through each milestone that doctors once said would be impossible. Just a couple weeks ago you took your first assisted steps. Those sweet tiny steps will forever be etched in my brain. You weren’t supposed to be able to do that, but you did.

Just last week you were fitted for your first wheelchair. When we first heard about your diagnosis, that’s the image I pictured: You in a wheelchair sitting on the sidelines. Wow, I was so wrong. The moment you figured out how to push yourself in that chair I saw your face light up. You wheeled yourself over to the coffee table, pushed off everything sitting on the edge and started to get into anything within reach — just like a typical toddler. I could tell you felt so big. A wheelchair is not something to be feared, it’s a tool for freedom. A wheelchair is not giving up on you being able to walk, it’s a tool to empower you and encourage you to be mobile — however that looks like for you. 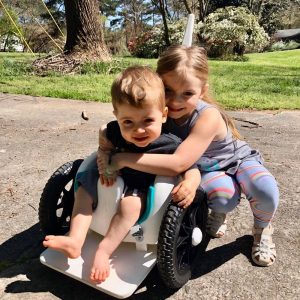 As a mom, I will always worry. It’s my job. But I will also always believe in you. I will always support you, no matter what. Now, because of you, I believe in the impossible. You have so much worth. You are so loved. I truly believe you will go on to do incredible things in this life. (You already have.)

Many people tell me that I’m strong for what we’ve been through. Honestly, I’m no stronger than any other parent who has been put in a difficult situation. I’m no stronger than any other parent who works tirelessly to provide the best life for their children. Sure, I’ve learned a lot throughout this journey. I now know how to insert an NG tube into a very unhappy baby. I’ve learned how to juggle multiple therapy appoints and doctor appointments. And I’ve gotten pretty darn good at advocating for your needs with doctors who look solely at your diagnosis and not you as a person. But any parent or grandparent or care taker or friend would be able to learn these, too, if put in a similar position. I’m not strong, I’m just filled with so much love for you and your sister and our family.

I promise to protect you for as long as I can. I will work to share your story, to share your worth, so that we can hopefully make a small impact on how people perceive disability and treat those who are different. Your Spina Bifida is just a small part of who you are; it doesn’t define you.

God didn’t give us more than we could handle. He gave us just what we needed: you.

Even though I sometimes like to call myself a writer, I think I’ll borrow from another writer in closing: 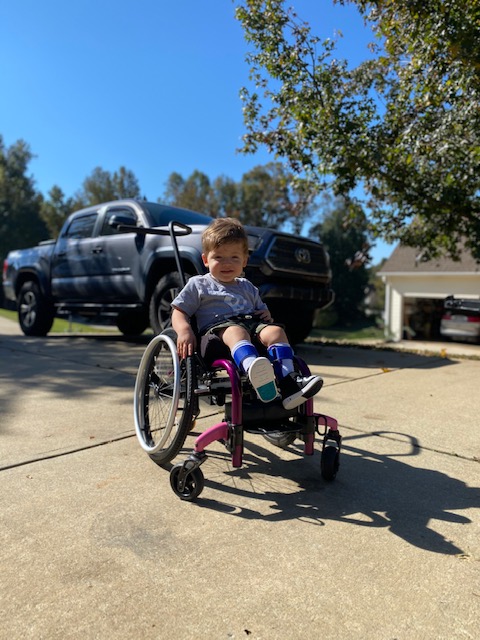