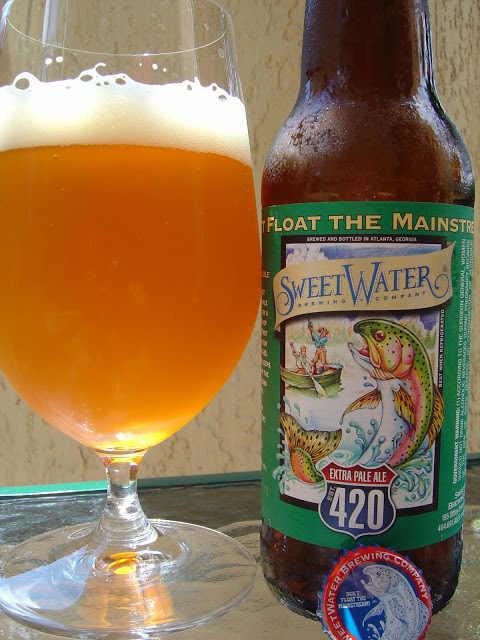 Most beer enthusiasts don’t know too much about these interesting flowers, but they do know one thing for sure: they either like what they do to beer, or they don’t. Hops are unfortunately pegged as only making a beer bitter; on the contrary, they have so much more to offer! I’m going to touch a little bit on the science behind what hops are used for in the brewing process, as well as dissect the hop varieties in a few beers that you most likely have had before!

To start we must understand that almost all beer contains hops, but when we are thinking of hoppy beers, we are typically referring to “hop forward” brews such as India Pale Ales (IPAs) and Pale Ales. With more than 80 hop varieties, brewers are able to implement almost any flavor into their beers. Hops are a natural preservative with flavors generally described as herbal, floral, citrus, or spicy. Hops, or Humulus Iupulus, are a vine with males and females flowering on separate plants. The flowers themselves look like little pinecones. We are only concerned with the female flowers, as they are the only ones used in the brewing process. The three major components of hops used in brewing are categorized into: alpha acids, beta acids, and essential oils.

Alpha acids are associated with bitterness. During the brew process alpha acids are converted into iso-alpha acids and turn into the beer’s primary bittering agent. Beta acids on the other hand do not isomerize during the brew process but do provide a little bitterness, numerous flavors, and have antimicrobial properties. Most of the flavor and aroma from hops comes from their essential oils, and since they are quite delicate, they are added late in the brewing process so they aren’t lost along the way. As you probably could have guessed, hops high in alpha acid and low in beta acid and essential oils are used for bittering, which means that hops high in beta acids and essential oils and low in alpha acids are used for flavor and aroma. As we have come to find with many aspects of brewing there are always exceptions, and hop varieties are no different. Some varieties such as Centennial, Cascade, and Warrior serve both to provide aroma and flavor as well as bittering properties.

To finish this brief introduction to hops let’s look at two local beers to see what kind of hops are used so you have an idea of what you’re getting into next time you grab one! To start, we’ll discuss Sweetwater 420… perhaps most of you have enjoyed a pint or two of this brew before. Centennial and Cascade hops are used in its brewing process and bring a nice crisp hop character. Centennial hops offer over-the-top citrus flavor and aroma as well as some floral aroma notes. Cascade hops are very floral, smelling of citrus and sometimes grapefruit. Cascade hops are very popular in American Pale Ales.

Terrapin Hopsecutioner is an IPA (my personal favorite) and uses a few different varieties of hops: Warrior, Chinook, Centennial, Simcoe, Amarillo, and is dry hopped with Cascade. Warrior hops offer a clean smooth bitterness. Chinook hops bring an herbal, earthy, smoky, piney character with a dash of citrus on the side. Simcoe offers pine, wood, and citrus bitterness. Amarillo hops are semisweet and super-citrusy, almost orange-like.

So next time you grab a 420 or a Hopsecutioner you will know a little bit more about what’s going on with each sip Remember to keep trying new beers, you will be surprised with what you find!

BY: Curtis Stockwell Of THE BEER GROWLER