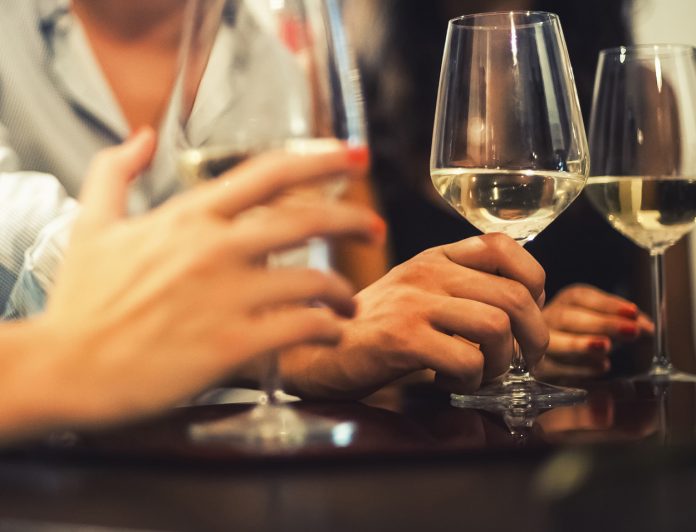 As 2017 unfolds, we are all reminded of some traditional resolutions most of us will abandon by February. After all, why would we want to swap potato chips for kale, break out a blender, and stop drinking alcohol because of those pesky calories? While most of us would abandon a gym membership faster than a speeding bullet, we don’t have to cut out food that can be both healthy and enjoyable, just like we don’t have to forget how to unwind with a glass of vino in your favorite spandex pants. Knowing is half the battle, so here is your sword, shield, and coat of arms.

The French and Italian are usually very good at two things: making beautiful wines and being beautiful

people. How can two cultures that celebrate food and wine the way they do not all be overweight? The answer is in the wine: most of the ABVs in Europe are governed by some very strict laws. Also, white wines are generally lower in alcohol, but be careful of those Moscatos with all of the added sugars!

For the Pinot Grigio lovers, a great alternative is the Stella & Mosca La Cala Vermentino Di Sardegna at $12.99 a bottle. This Italian wine is from the small island off the coast of Rome in the Mediterranean Sea. This Vermentino is a great alternative to Pinot Grigio because it is still light and supple with a ripe fruit and mineral flavor. But, what keeps it the healthier alternative is that it uses very little sugar in the wine making process which allows the grapes to speak for themselves and also keeps the calories down.

If you must have a margarita, be careful about your mixers!

Instead of buying florescent, overly sweetened mixes, make a better choice and grab an organic one like Tres Agaves Organic Margarita Mix for only $7.99. Not only is it the tastiest margarita on the market, it only has 68 calories. That’s less than half of the other ones you’ll find on the shelves.

For beers, just go with the previously stated rule of thumb: ABV. Most of the higher gravity beers

(meaning high alcohol content) are saturated with extra calories. Some beers will be labeled “Session”, indicating a lighter ABV, which would be a safe bet if you plan on having more than a few. Founders Brewing has been making their All Day IPA for a few years now, but have recently started offering them in 15 packs: making it easy to share with your gym (or gym-avoiding) friends! A 6-pack will run you $9.99.

Locally brewed in Atlanta, Eventide Kölsch is a very light German style of beer with a hint of lemongrass. The residual sugars are kept out of this beer and that allows for the malt to shine through with a touch of hops on the finish. This beer is a great alternative to some of the tropical IPAs that have become so popular over the past few years.

Athens-based Creature Comfort’s Bibo is a great alternative to your typical Pilsner in that it’s more hoppy than most Pilsners. This beer also features hints of lemon with some more earthy hops.

Other lighter types of beers that still pack a punch when it comes to flavor include Kölsch or Pilsners. Try a couple local offerings like Eventide Kölsch or Creature Comfort’s Bibo Pilsner, both at $9.99/ six pack.

While the beverages we’ve mentioned are light and lower in calories, you do not have to worry about sacrificing overall drinkability or flavor. So, CHEERS to a resolution we can stick to!