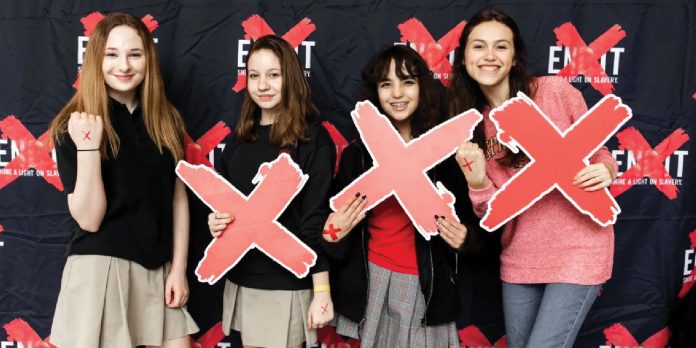 On February 12th, Greater Atlanta Christian (GAC) welcomed END IT Movement to campus. Students and teachers joined together with speaker Dani Luckey to bring awareness to modern-day slavery by drawing red X’s on their hand and posting to social media.

February 13th marks the END IT Movement’s eighth annual “Shine a Light on Slavery Day,” in which celebrities, athletes politicians, influencers and more spread awareness together. Since 2013, the END IT Movement has led the charge for raising awareness and rallying for change in an effort to end one of the most significant human rights issues of its time for good.

“Ending slavery is one of the few things we can all agree on as a nation. No matter your political beliefs, slavery is a fundamental violation of human rights, and we must END IT,” said Jenni Brown, END IT Movement Campaign Director. “Each year this campaign grows in awareness and we are gratified to see this issue receive the widespread global attention it deserves.”