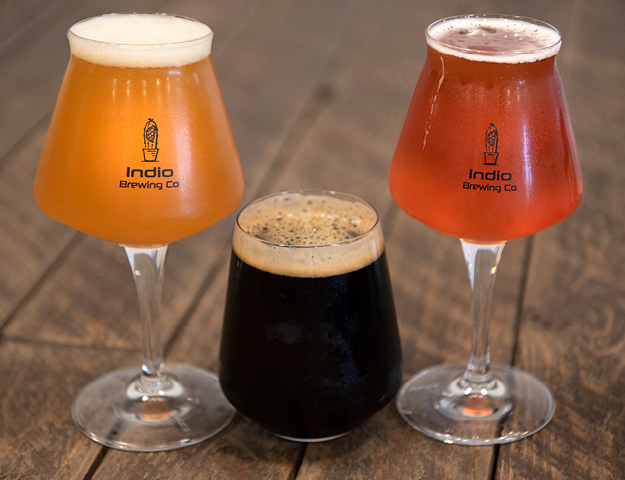 Jonathan Martinez and his wife have officially made their dream of opening a brewery a reality in Sugar Hill. Indio Brewing celebrated its grand opening on July 21 with live music by Blue Mischief, delicious homemade empanadas and quesadillas by Frita Kale-O, and of course, plenty of beer! The beer menu features a 19- hour yogurt sour with wild strawberry and raspberry called Sour Patch, a double dryhopped IPA with Idaho 7 and Citra called DDH, and a Mexican IPA called Frida that mixes a traditional German lager malt with flaked wheat, orange spice, and white fruit plus several other rotating options. Martinez says he wants to keep the brewery community-oriented and envisions it as a location where homebrewers and beer enthusiasts can come together to connect, share, and hang out. Indio is located next to Central City Tavern and overlooks the pond behind the E Center and the Bowl at Sugar Hill. Learn more about them by visiting IndioBrewing.com or following them on Facebook and Instagram.