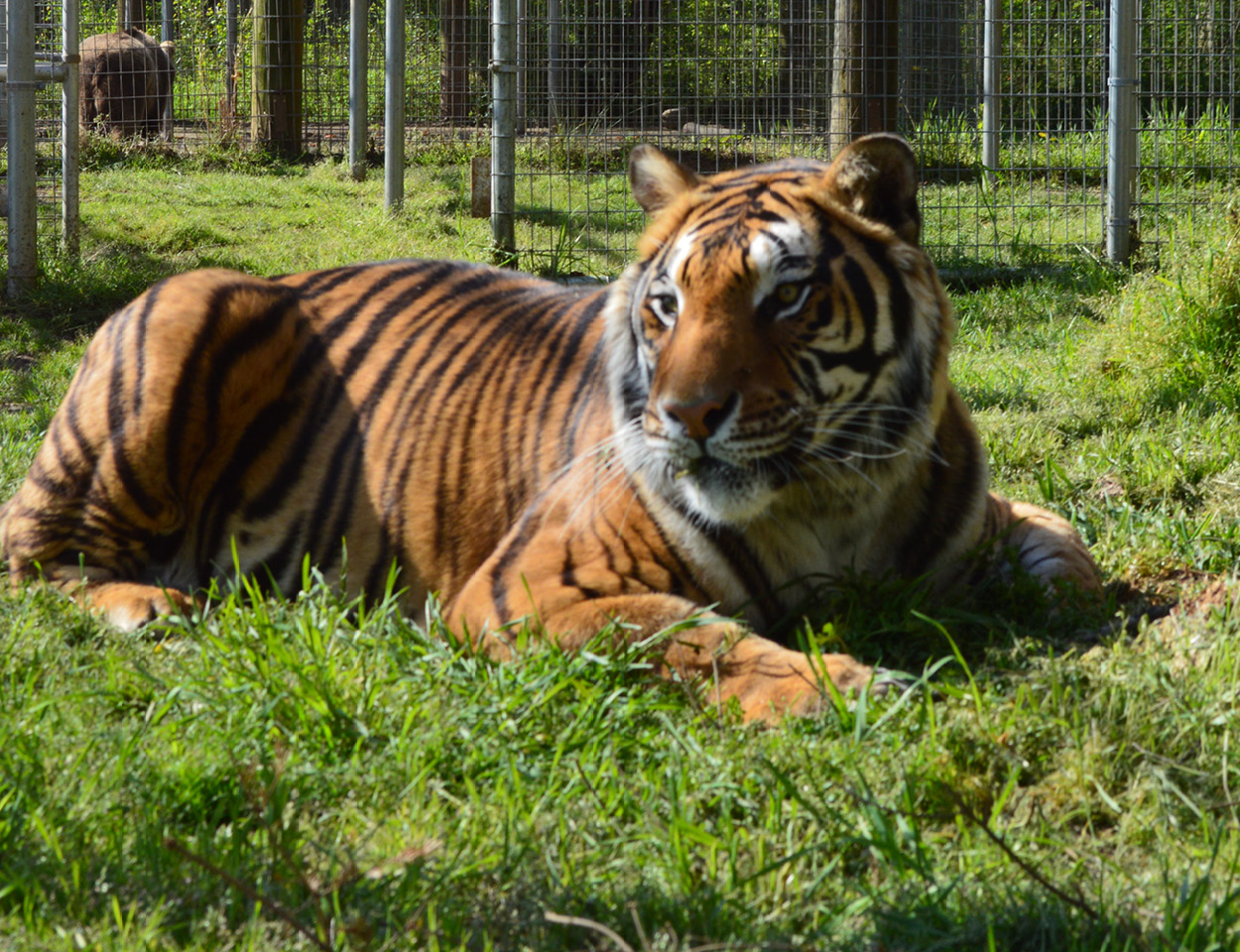 Noah’s Ark Animal Sanctuary is a metro-area oasis for animals in need of a second chance.

Much like the Island of Misfit Toys, Noah’s Ark is home to a ragtag group of animals who were dealt a hard hand in life. Located 30 miles south of Atlanta in Locust Grove, the animal sanctuary has become a safe haven to a number of exotic wildlife and domestic animals who have been injured, abused, and orphaned, providing housing, safety, and love in ways many of them have never known. Over the years it has grown into a popular destination for school field trips, family outings, and educational opportunities, fulfilling its mission to bring “children and animals together with the purpose of providing unconditional love, unconditional service, and a future full of hope.” While Noah’s Ark provides a forever home to these remarkable animals, it also advocates for awareness in hopes of educating the public about the importance of conservation and preservation, and it does so at little to no cost to its visitors.

Founded in 1979 by Jama Hedgecoth, the original Noah’s Ark planted roots in Ellenwood, Georgia, with the intention to “shield children and animals from today’s floods of abuse and neglect.” In 1990, Noah’s Ark outgrew its small Ellenwood farm, so Jama packed up and moved her family and the animals to Locust Grove, where more than 1,500 animals now call home.

From its humble beginnings, Noah’s Ark has grown into a 250-acre refuge, with features such as an animal rehabilitation center, training administration building, nature trails, and countless natural habitats. There is also a playground and picnic area that provides a park-like setting for families and other groups to make a day of the outing. Visitors can partake in free, self-guided tours of the grounds or opt for the WOW Tour. At $75 per person, the behind-the-scenes experience allows visitors to get up close to many of the animal residents while a tour guide shares more information about each of their stories.

As a nonprofit organization, Noah’s Ark relies solely on the generosity of others to help care for its animals. Proceeds from the WOW Tours, along with donations and the help of a number of volunteers, keep the Ark free and open to the public.

On perhaps the nicest day in March, we were invited to Noah’s Ark for a behind-the-scenes tour to learn more about its resident misfits. Upon arriving, we were immediately taken aback by the beauty of the grounds. It’s hard to believe we were just 30 minutes outside of Atlanta — the big open fields emptied into a sea of trees, and the call of an ambling peacock led us toward the Welcome Center and past an enclosure with nearly 20 tortoises.

Soon after we arrived we were greeted by Allison Hedgecoth, a self-described jack-of-all-trades who oversees the dietary, housing, and medical care for the Ark’s animals. Over the next few hours, Allison took the time to introduce us to a number of animals and recounted their stories with a love that was evident in the way she greeted each of them. Every time we approached an enclosure, she gushed that this animal was her favorite, before moving on to the next, also her favorite — an endearing quality that showed just how much love she has for all of them.

Our first stop was perhaps the most popular of Noah’s Ark’s enclosures: a large fenced area home to a group of special needs animals. There’s a horse with a wry nose (a deformity that causes the nose to turn at an angle), a pig whose ears were bitten off by a dog, a blind goat, and a cow born with splayed legs, but who can now walk thanks to lots of physical therapy. Visitors love this area not only because the animals have overcome so much, but because it’s the one place they can get up close and actually pet them. It’s a big hit among the kids, and a friendly introduction to all of the exotic animals to come. As we approached the enclosure, the animals made their way to where we were standing, allowing us to reach through the fence to scratch their heads. They were an interesting group — goats, miniature horses, llamas, cows, and pigs, among others — all of them happy to graze in the grass between groups of visitors.

After saying our goodbyes to the mismatched bunch, we made our way back to the trail and over to an even larger fence. Allison unlocked the gate and we headed toward the enclosures where the animals became more exotic, and the stories became a bit sadder.

Anna Lou the Grizzly bear walked up to the fence as soon as she spotted Allison turning the corner. Anna Lou rose to her hind legs and propped herself against the fence, standing straight up. Though she’s a wild animal, you can tell she’s grown up around people her entire life. She shows off and plays with Allison through the chain-links in the fence, just as playful as can be. Her story, however, is one all too common among wild animals who are bred for entertainment. Anna Lou was taken from her mother shortly after birth in an attempt to make her less aggressive and people-friendly so that she could be used for “cub petting,” in which she served as a prop for photo shoots. Her pen mate, Angus, is an American black bear who came to Noah’s Ark from a small zoo that no longer had the resources to care for him — another common story.

Now, Angus and Anna Lou call the Ark home, and on this sunny day in March they’re playing together, wrestling and lounging in the rays. They live a very happy life in their spacious enclosure with large trees to claw on, hay-filled dens, a creek, and plenty of space for their rough-and-tumble acts of play. Next door, Doc, a massive 550-pound Bengal tiger, slinks by the fence, scoping out the new visitors making their way to his pen. While Bengal tigers are considered endangered in the wild, they are overbred in captivity to be used for cub petting photo shoots, similar to Anna Lou. Doc was one of the “surplus” cubs born at one such place, and when he became too big, his owner no longer wanted him. The fate for these overgrown animals is usually grim; many times they’re sold to circuses, roadside zoos, private owners, or even worse, canned hunting facilities. But Doc was one of the lucky ones because he found a home at Noah’s Ark, where he has plenty of space to himself and gets to indulge in his favorite treat: meat popsicles.

We visited many other animals throughout the campus — a gang of silver foxes digging through ditches, a group of parrots with colorful language, capuchin monkeys formerly kept as pets, and a gray wolf named Thunder, among others. We even stopped for a visit with the legendary Baloo, an American black bear who was part of Noah’s Ark celebrity threesome, known as “BLT,” who came to Noah’s Ark in 2001 after they were discovered by police in the basement of a home during a drug raid. Baloo the bear (B), Leo the African lion (L), and Shere Khan the Bengal tiger (T) were only five months old at the time. They were frightened, malnourished, and infected with parasites when they arrived at Noah’s Ark. The unlikely threesome shared such a bond that they were able to reside together in the same enclosure. Sadly, Leo passed away in 2016, with Shere Khan following in 2018. Both were buried next to each other in the enclosure they shared with Baloo. On the day we visited, Baloo was too busy lounging and nibbling on some snacks to give us much notice, but it was clear why he is such a popular animal at the sanctuary, and as the remaining member of BLT, an important spokes-bear for the Ark.

My favorite of the animals we visited had to be Gideon, a 29-year-old Syrian brown bear who wore the hardships of his hard-knock life across his sweet face. Gideon was rescued from a closed-down zoo in 2014. He was the last to be taken from the property and had severe arthritis from living on concrete for most of his life. He also had serious dental issues from pulling on his cage wires out of boredom. Noah’s Ark was able to design an enclosure to suit his multiple medical needs and advanced age, and Gideon is now living a quiet life at the sanctuary where he spends most of his day snoozing. Gideon didn’t get upset when we interrupted his afternoon nap. Instead, he held himself up as much as he could and nuzzled the fence, giving us a close-up look at his weathered features and graying fur. He’s the old man of the bunch, but he’s living out his retirement surrounded by love. 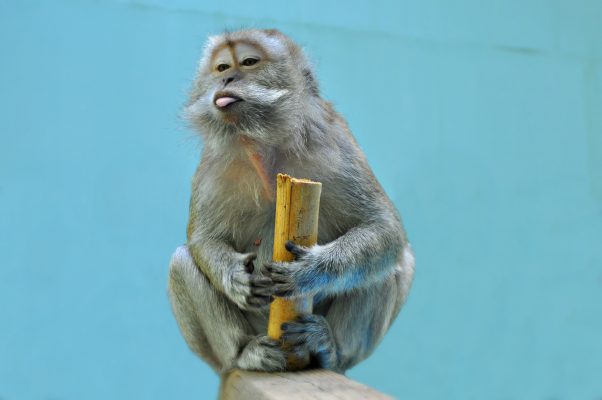 Noah’s Ark is an incredible place doing important work by taking in animals the world has tossed aside and giving them a second chance at life. Many come to the Ark with medical issues that need to be cared for, or who need rehabilitation services in order to live out their lives comfortably. Allison and her team have done an amazing job providing an incredible opportunity for the public to come and see these majestic animals for free, but it’s not without immense cost to the sanctuary. Taking care of all of the Ark’s animals costs an average of $33,000 a month.

There are many ways to help Noah’s Ark continue its mission to care for these injured, abused, and orphaned animals: monetary donations, purchasing items on its wish list, and shopping at the gift store are all ways to help raise the funds necessary to continue to care for the more than 100 species who call the Ark home. You can also sign up to volunteer at Noah’s Ark. Jama Hedgecoth’s dream of rescuing animals has grown into what Noah’s Ark is today: an animal oasis that offers care to those who were failed by the people they trusted the most. While the beginning of many of their stories may be sad, the hope and happiness that Noah’s Ark brings to each of them ensures a happy ending for them all.

Editor’s Note: We are saddened to hear that Gideon the bear passed away shortly after our visit.

The Return of a Classic!

Where to See the Best Christmas Lights This Year