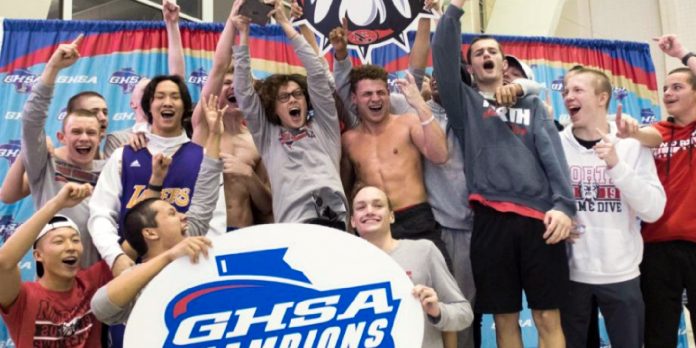 North Gwinnett’s boys swimming and diving team unseated four-time defending champions Brookwood High School to bring home a state championship win on February 8th. The boys showed true teamwork as they secured the title without a single individual winner, or even an athlete placing in the top 3. Perhaps the race that was a true game changer was the 400 relay, in which North didn’t need to win, but instead had to make sure they were within at least two places of the Broncos. The group made up of Mikael Getahoun, Ethan Dawidowicz, Ayden Meierarend and Nathan Han finished fourth in the relay, one place ahead of the Broncos who came in fifth. In a joint effort, the team rallied together to earn 319 points at the Georgia Tech’s Aquatic Center, beating out the defending champs by a mere 14.5 points.