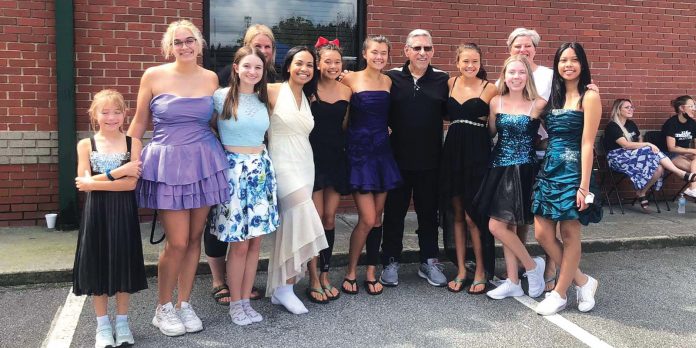 According to its website, Girl Up is a leadership development program that “inspires, convenes, trains and connects girls globally, helping to position them as leaders and changemakers.” Girl Up was founded by the U.N. Foundation in 2010 as an initiative to help support U.N. agencies that focus on adolescent girls, and the North Gwinnett Girl Up chapter started in 2017. Last spring, North Gwinnett Girl Up officers, including President Marin Shappert, Vice President Sophia Lee, Secretary Adduni Noibi, and Historian Maggie Downs, were thinking about ways they could give back to their community. They decided to host a homecoming dress drive for girls who would otherwise not be able to afford dresses. They began campaigning for donations at North Gwinnett High School and reached out to Heather Holbrook for help. Holbrook runs the local nonprofit Do Something Incredible, whose primary mission is to connect volunteers, particularly youth volunteers, with relevant volunteer opportunities.

As word spread, other local charities, including Hope Thru Soap and the North Gwinnett Co-Op, got involved. Local business people also supported the effort. In the end, more than 800 dresses were donated! Two free shopping events were hosted and more than 75 girls were able to get dresses. Because the response was so overwhelming, free prom shopping events are also being planned. Through giving back, the members of North Gwinnett Girl Up learned the power of harnessing the local community to drive positive change.