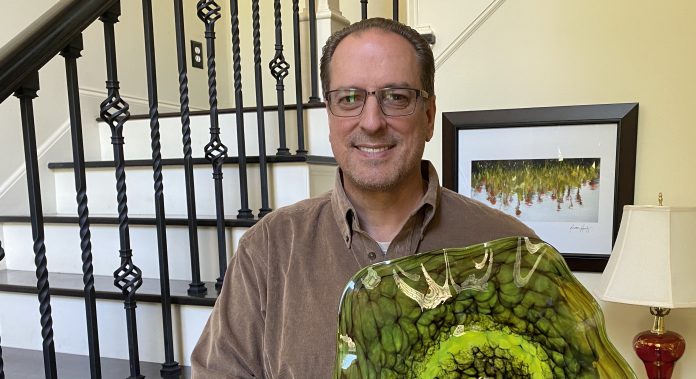 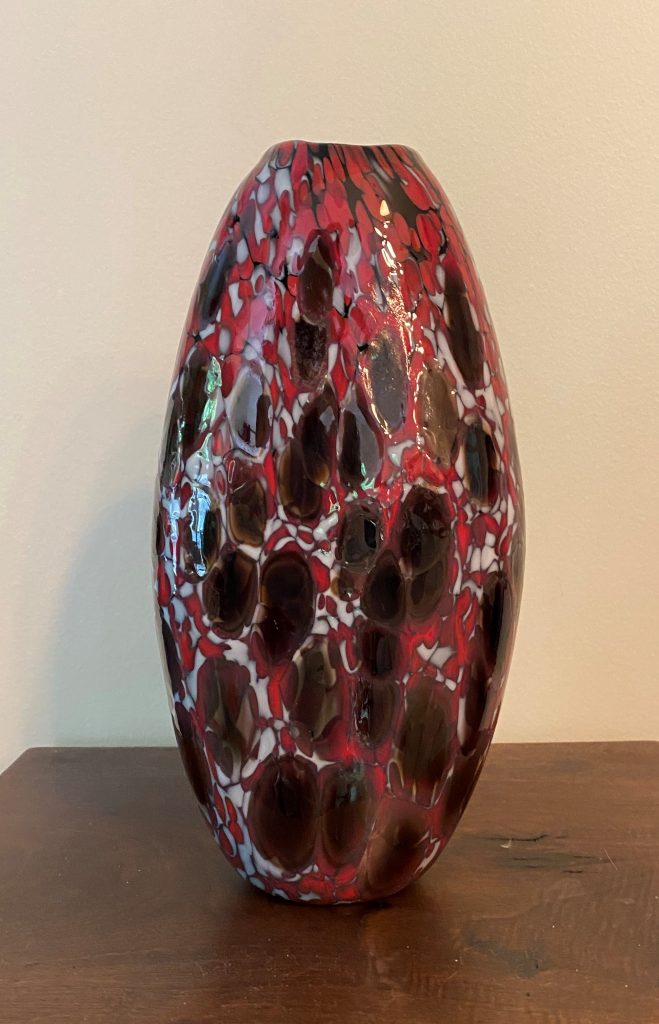 Though not classically trained as an artist, Cord Hicklin says his passion for glass rivals many of those who are. Since early childhood, he’s had an affinity for stones, gems, wood and glass, and has collected them all along the way. “When I was very young, I used to comb the woods and walk the creeks looking for and collecting interesting rocks,” Hicklin says. “I was also fascinated with discarded bottles, once containing soft drinks, mouthwash, or some other household product, that were made of colored glass or had etched artwork on the bottle. I still have an antique Listerine bottle with a glass stopper and painted gold lettering in my medicine cabinet.”

Hicklin says it took years of admiring others’ art glass works before he mustered the courage to take a class. About seven years into his professional career, he started working for a company headquartered in Seattle — seemingly the blown glass center of the universe. “For a few years every time I traveled to Seattle, I would set aside a few hours during my trip to sit and watch many of the local artists turn out beautiful pieces of glass,” he says. “Every time I returned home, I would tell my wife about the experience. I would frequently show her a picture of something I admired and I’d always say, ‘Someday, I want to try that.’ For my 40th birthday, my wife paid for me to attend a five week-week class so that I could, in fact, try that!”

Before long, Hicklin was renting the studio on his own to explore the world of hot glass. “Glassblowing is a tremendous departure from my 30-year career in financial services and I’m still developing an understanding relative to ‘the other half’ of my brain,” he says. “Unfortunately, much like golf, if you don’t or can’t dedicate enough time, your skill level, as well as the degree of satisfaction derived from the activity, ebb and flow. I’ve missed the studio during COVID and am looking forward to getting back to that ‘satisfying distraction.’”

You can view and purchase glass works by Cord Hicklin at Suwanee Arts Center and online at SuwaneeArtsCenter.org.

Swarm’s Secret Out of the Bag