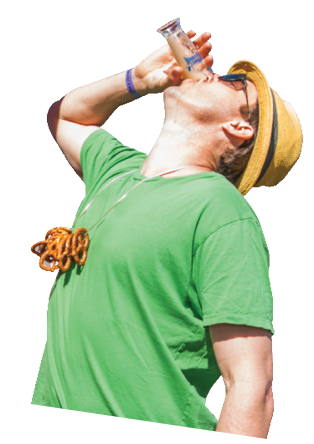 Lighter, hoppier, and more refreshing choices coming to a beer fest near you as local brewers pair beers with Spring

Spring is my favorite season. Spring brings new flavors, baseball, warm weather, beer festivals, and day drinking. Spring is a fun season for breweries as well. Most are leaving the dark and malt-forward beers behind, in exchange for lighter, hoppier, and more refreshing choices. Spring 2016 appears to be the most diverse of spring releases in recent memory. Among the many brewers doing beers paired with spring; Jekyll Brewing in Alpharetta is releasing Pineapple Habanero Hop Dang Diggity, Terrapin is releasing a watermelon Gose, SweetWater has a session IPA launching, Red Hare brings Wabbit Wheat back, and Second Self is pushing out a Citrus IPA. Obviously hops continue to be the king in the marketplace, but it’s exciting to see some more experimental styles coming out. I forecast fruit infused styles being popular in the late spring/summer months as well. A refreshing spring and summer is upon us here in Georgia!

Spring is also the start of beer fest season. Soon there will be a beer fest in metro Atlanta nearly every weekend. Beer festivals are a great way for consumers to try new beers without over committing on one brand or style. It is also a great chance for breweries to talk to consumers and get them to try their products, brands you might not see as much of in the market for one reason or another.

I remember my first beer festival here in Atlanta, it was “HOToberFest”, and it was 6 years ago. There are two ways to tackle a beer festival: the organized and thoughtful way of writing down which beers you try and which ones you liked, and then there is the all-in gauntlet style where no beer is left behind (just fill my mug!!!). I suggest hitting the new and interesting styles first so that you can honestly taste those beers. Stay away from super hoppy beers at first, hops will burn up your taste bud’s sensitivity.

How To Drink A Beer: Look. Agitate. Smell. Taste.

Those are the general beer tasting steps. Don’t hold your beer to direct light. Instead hold it up and examine the color and head retention. Agitation is not a trait you want to be good at, however with beer it’s perfectly fine! Agitation or swirling of the beer will discharge the wonderful aromas of the beer by releasing some of the carbonation. Smell is the biggest player in “tasting” beer – don’t try to smell a beer standing beside the popcorn machine or the grill. The tasting portion is, of course, the most fun! Don’t gulp. Let the beer hang out for a few moments on your palate, and breathe out. Take in all of the hard work the brewers put into that liquid.