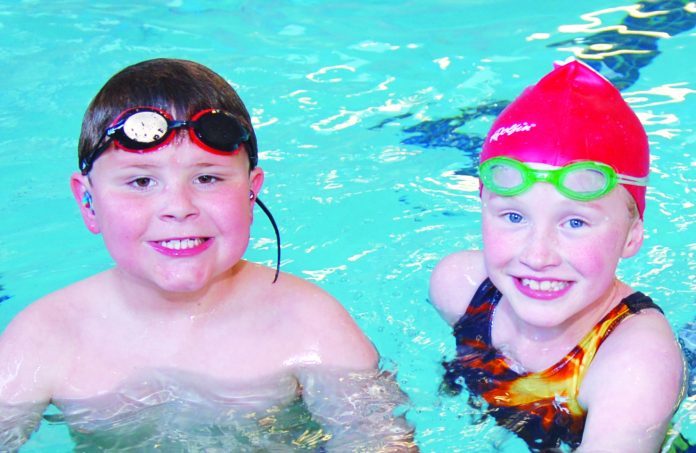 In September 1977, Chris Davis and Jim Fraser started SwimAtlanta; realizing a dream since their days of swimming together in high school, become a reality. The co-founders recruited primarily from the local summer league teams prior to that first September, hoping to build their own pool from the onset. They were unable to raise the funds to pay for the cost of a pool, so they started their first season with about 50 swimmers and had to rent an outdoor, heated subdivision pool some 20 miles from where they had done the majority of their recruiting. Davis and Fraser were fully committed to making the club successful, regardless of the many challenges they would face, and they didn’t give up.

Davis recalled that first winter as the coldest recorded in Atlanta’s history, subjecting the athletes to some pretty frigid conditions dwindling the number of summers from 50 to about 30.

“The water was actually a warm 82 degrees, but getting in and out of the water was the challenging part, not to mention how cold Jim and I were coaching outside,” Davis said as he described that time period. “It was absolutely miserable, but I think it prepared us physically and mentally for our meets.”

The first season the coaches’ schedule was grueling, waking up at 3:30 a.m. to transport the swimmers to practice. After the morning workout, they would stop home for breakfast and then both went to their full-time jobs – Davis in real estate management and Fraser at the County Seat warehouse. Later they returned to the pool for afternoon and evening practices which usually finished up around 9:30 or 10:00 p.m.

Fraser said every night, as they were driving home from practice, they would stop at Dunkin’ Donuts for their $1.99 special of soup, donut and
a drink.

“It was about all we could afford at the time,” he said.

The two survived that first year and raised enough funds for their first pool, allowing them to create SwimAtlanta’s first permanent location, the “East Pool” in Decatur.

Hans Dersch, (1982 Olympic – Relay Gold Medalist) who was 15 at the time, described the pool as a “cinderblock cave with plastic tarps, spray on ceiling insulation that would plop into your lane (as they used to call it ‘pool cheese’) and a weight room that used workout equipment that Chris got a hold of somewhere.”

By the end of the first year things began to pick up and membership grew to 60 swimmers. Davis and Fraser knew that in order to improve and to grow they needed to expand and open a second location, so they sold most of their possessions including their homes.

“We put all ourselves, our money and our families’ time into building the club,” Davis said.

During only their second year of business a Swim School program was added addressing the growing need of swim instruction for non-swimmers, intermediate swimmers and created a better foundation for future swim team swimmers. When they were not coaching the team, working their full-time jobs or attending to the business side of SwimAtlanta, Davis and Fraser were in the pool teaching lessons. And this side of the business has continued to grow and is a natural complement to the swim team.

Through Davis’ unwavering efforts toward the goals he set for the club,SwimAtlanta continued to grow and excel. In fact, in winter 1985, Davis achieved one of those goals when SwimAtlanta won the Georgia State Championship and broke Dynamo’s six year streak.

The latest addition to SwimAtlanta has been the five SwimAtlanta Swim Shops. Moving the main offices into the new shops has allowed SwimAtlanta to get close to addressing all a swimmer’s needs – from lessons to apparel.