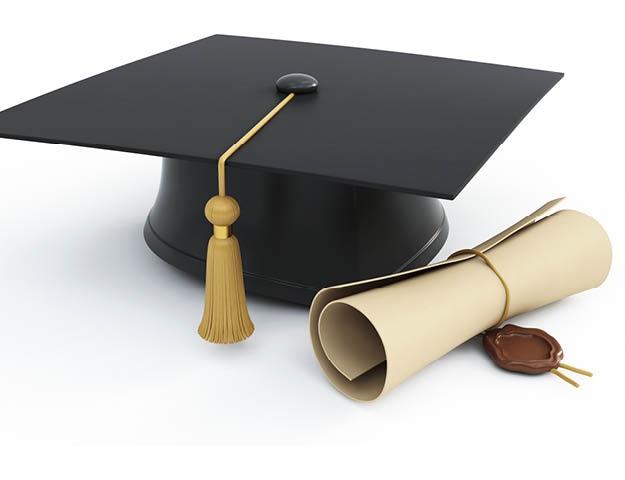 They may have come from various walks of life and have had different experiences, but Jenna, Peter, and AnnaBelle all share one thing: They are some of the best and brightest students in Gwinnett County. We had the opportunity to sit down with them and learn what it’s like to be their school’s 2018 valedictorians.

Jenna Jibreen: It’s an incredible honor to be this year’s valedictorian. I have worked really hard through high school to get the best grades possible and being valedictorian is kind of the icing on top. It is a testament of what I have accomplished for myself more than anything.

SM: Can you tell us what your speech was about?

JJ: My speech was about the importance of leveling the playing field for people who are often neglected, and urging my classmates to take notice of the people around them. Our school is incredibly diverse, and I feel we take that for granted. I have something to say and I wanted to use this chance to try and inspire my classmates.

JJ: My mom and dad for sure. They immigrated to America a few years before my sister and I were born, and they have always put us way ahead of themselves. They worked incredibly hard to establish themselves and give us a better life, while also making sure we stay in touch with our roots. I look up to them a lot.

JJ: I was the President of Beta Club and the French National Honors Society; Treasurer of the National Arts Society, Key Club, and Collins Hill Leadership Team; and a member of TORCH.

JJ: I plan to attend UGA as a Foundation Fellow, where I will study international affairs with a minor in French. Foundation Fellows allows me to travel and learn the dynamics of the world. I hope I can take what I learn from there and ultimately go to law school to become a human rights lawyer to fight for people who can’t fight for themselves.

SM: What is your favorite memory of high school?

JJ: Recently we had senior week and we all dressed up in costumes for different themes. This was the first time my friends all participated in something together at the same time, and it was also the first time I realized that my friends were all separating soon.

JJ: Freshman year I came in full steam ahead because I had heard that freshman year was the most important year in your high school career. I didn’t fully understand what that meant, so by the end of the year I didn’t want to lose steam and fall below the standard I set for myself. I wanted to see where a work ethic could take me. Hard work always got me somewhere so proving that to myself was the most important thing.

SM: Did you experience senioritis at all?

JJ: Absolutely. I didn’t so much at the beginning of the year because I still wanted to figure things out, but the minute I heard from colleges and knew my plans it hit so hard.

JJ: Whenever you’re in a rut or things seem hard, you should take the time to reconvene with yourself and remember the things that motivate you the most. It is important to step back and give yourself a break and realize nothing is that serious. It is hard to cherish high school when you’re going through it, so instead I think it is important to give cherishing moments a chance, because one day you will realize that it went by way too fast.

Peter Jang: When I moved to North Gwinnett High School during my sophomore year, I had no expectations for class rank because they didn’t report it at my previous school. When I first found out that I was valedictorian, it was hard to believe. There are so many talented and intelligent students at North and it’s really special to know that I earned this honor.

SM: What was your speech about?

PJ: As strange as it sounds, I told a story about how I received a zero on a 55-question multiple-choice test on the first day of freshman year.

PJ: Without a doubt, it’s my dad. He’s always emphasized the need to put forth my best regardless of the situation, and this advice has stuck with me throughout the past 12 years as I’ve enrolled in eight different schools.

PJ: I will be attending Georgia Tech where I hope to study artificial intelligence and machine learning.

SM: What will your college major be?

PJ: I will be majoring in computer science.

SM: What is your favorite high school memory?

PJ: My favorite memory of high school is playing in Quiz Bowl tournaments for the Academic Team. There’s no better feeling than when you buzz in and give the correct answer only a few words into the question.

PJ: Everywhere I look there are people who work just as hard if not harder. These people are extremely talented and gifted, yet they strive to put forth even more effort. I was motivated to do well in school because I knew there were other students working just as hard and if I stopped putting forth my best, I wouldn’t be able to keep up.

PJ: I’ve definitely experienced senioritis these past couple of months. I procrastinated so much that at one point, I had to finish 26 free response questions for my AP Statistics class in one evening.

PJ: My best advice for underclassmen is to never underestimate the impact of hard work and dedication. While it may seem cliché, there’s no better substitute to completing your homework on time, paying attention in class, and taking notes when needed in order to succeed in high school.

Annabelle Hellinger: It has been a long four years, so it is almost like a relief in a way. At our school they don’t post rankings during the year, so you have to wait until the end of the year to find out where you ranked. When I saw my name as valedictorian it just proved that my hard work paid off.

SM: Can you tell us what your speech was about?

AH: My speech started out thanking my parents and everyone who has helped me get to this point. I then went into talking about community and the students in my class and traits that I admire from them. I wanted to make it more about all of us.

AH: Two of my teachers, Mr. and Mrs. Wilson, have been super encouraging throughout my time at school. They have given me a lot of confidence and courage. I love them and am very grateful for them.

AH: I played cello in orchestra, I was the vice president for our school’s Habitat for Humanity program, and I did Envirothon all four years of high school.

AH: Next year I will be going to Georgia Tech where I will be majoring in biomedical engineering.

SM: What is your favorite memory of high school?

AH: During a chemistry project, a friend of mine used thermite to make a mini-explosion in the classroom.

AH: I’ve gotten this question a lot and the best answer I have is that it just seems right. Being productive and doing well just seems easier than not doing it. I want to be able to go to bed at night and feel like I have done well.

AH: I would say that the most important thing to remember is to keep a balance between school, your family, and your friends.