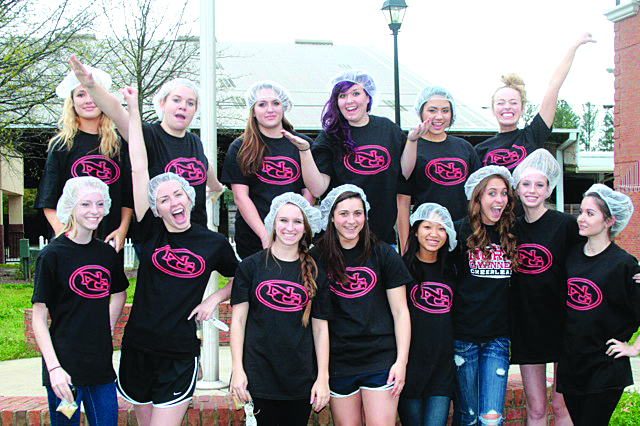 Lanier High School Event Raises $9,000 for Kidney Transplant
The fundraiser for the Lanier Middle School teacher Paul Murphy who has a genetic kidney disease was a success. According to organizers, the event raised about $9,000 where three local bands and the former Lanier Middle School Guitar Club rocked the Lanier High School Theater making music for a cause. All proceeds go to benefit a matching

grant fund for Paul Murphy at the Georgia Transplant Foundation. To make a donation to Paul, visit gatransplant.org/client/pcmurphy

Parsons Elementary Student, a National Finalist for Song
Emma Sophia Oleksinski, 6, is a national finalist for the Reflections art contest for her submission, an original song entitled, “We’re All Different.”
The song won at the local school level (Parsons ES), county level and state level and Emma accepted her award at the end of March in a program at the Woodruff Arts Center.
According to her mother, Emma is one of Suwanee’s biggest “little” fans
“We visit the Town Center often for dining, shows, entertainment, and shopping,” Wendy Olekinsinski said. “We are very proud of her!”